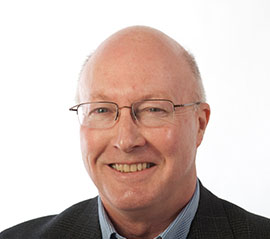 Dr. Jay P. Telotte received his PhD in English from the University of Florida. He joined the Georgia Tech faculty as an Assistant Professor of English in 1979 and in 1991 was promoted to Professor in the School of Literature, Media, and Communication. A specialist in film history and genres, he has authored ten books, edited four others, published more than a hundred and fifty scholarly articles, and presented numerous conference papers. Among his recent books are Animating Space (University Press of Kentucky, 2010), an historical study of animation aesthetics; Science Fiction Film, Television, and Adaptation: Across the Screens (Routledge, 2012); the historical and thematic survey, Science Fiction Television (Routledge, 2014); and an examination of the “ecology” of the robot image in film and popular culture, Robot Ecology and the Science Fiction Film (Routledge, 2016). He is Co-Editor of the film journal Post Script and serves as editorial board member and reviewer for a number of other film and genre-related journals. At Georgia Tech he has served as a member of the Executive Board, as a representative to the Faculty Senate, as member and Chair of the Faculty Status and Grievance Committee, and on various other School and Institute committees.  For nine years he was Director of Undergraduate Studies and for three he served as Interim Chair of Tech’s School of Literature, Media, and Communication. His recent teaching has included courses in Film and Technology, Disney and “The Illusion of Life,” Science Fiction Film and Television, the Seven Minute Cartoon, and Global Science Fiction Cinema.